This design of brake van, has its origins in the batch of ten 20T six-wheeled Goods Brake vans that were ordered by the South Eastern Railway in 1898. The design was outwardly similar to the Midland Railway’s six-wheel brakes, featuring an enclosed body and a veranda at one end and a platform at the other. The tooling covers both the dual-veranda vans built new in 1910 as well as the single-ended vans rebuilt that year. 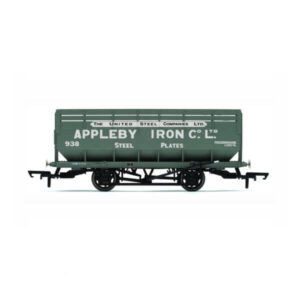