Perhaps not the most famous RAF aircraft of WWII, the Whitley was one of three British medium bombers in service at the outbreak of the Second World War and although it was withdrawn from front line bombing duties following the introduction of heavier, four-engined bombers, it was to see service right through to the end of the war. 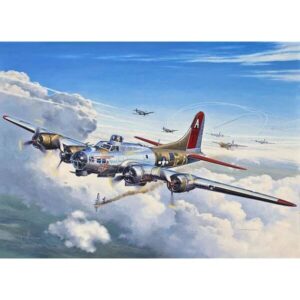